Overview: One of the oldest cloud torrenting clients. It has the ability to download torrents directly to Google Drive and Box. Unfortunately, after many user complaints about the servers being down, it seems that active development has stopped and the best days of Boxopus are behind them.

Boxopus started in 2011 and during mid 2012, it had a big exposure to mass media. Boxopus was the first cloud torrent client, which supported downloading to Dropbox. Unfortunately, the support was very short, because Dropbox stopped working with them. To register on Boxopus, you can use your email or Facebook.

Adding torrents is very simple and without a problem. You can copy and paste a magnet link, link to the torrent file or upload it from your PC. Unfortunately for users on a budget, there is no free trial plan. If you want to add a torrent you need to have a premium plan. It looks like there was a trial plan in the past, but it was removed. In the settings, it says that free users can download torrents up to size of 512mb, but in reality, a free user cannot download anything.

The downloading of torrents works OK, even the ones from private trackers. It was a bit slow, but we will get to that in the next section.

The amount you can download is not unlimited. Boxopus has a recharging system. When the torrent is downloaded, the size of it is deducted from the charge meter. Then plan for free users is recharged by 50 MB per hour and it can hold up to 1gb for downloading. The premium plans are recharging by 1000 MB per hour and they can hold up to 100 GB. The system is rather complicated to understand. No competitor has implemented a weird system like this.

The download speed varies. Private tracker speeds were ok but downloading from public trackers was horrible. We waited for a few hours for a 5.01gb torrent. That is way too long.

There is no FTP or a similar protocol for easier downloading. So all downloads need to be in the web browser.

The speeds are average and downloading from our Singapore server was much worse than average.

The design of their cloud storage is very simple. Only the basic functions are provided. The design is mobile friendly so you will not have any problem while using it on your mobile device. They have a mobile app for Android users.

After Boxopus was blocked by Dropbox, they integrated with Google Drive and less known Box.com. Their premium users can download torrents directly into them.

Boxopus presents itself as more of a cloud torrent downloader than storage. You have to download files to your PC within 5 days otherwise it will be deleted from the cloud.

Unfortunately, there is no Video Player whatsoever, so you must download the file to your PC to be able to view it.

There are not many extra features. The most interesting ones are Kodi support and an Android app.

The price list is unpractical. You can buy a plan for a week and then three months, nothing in between. It does not make much sense.  Boxopus has minimal features and a lot of downtime on their servers, and therefore we think the prices are very high. Users can pay by Paypal or by Bitcoin. 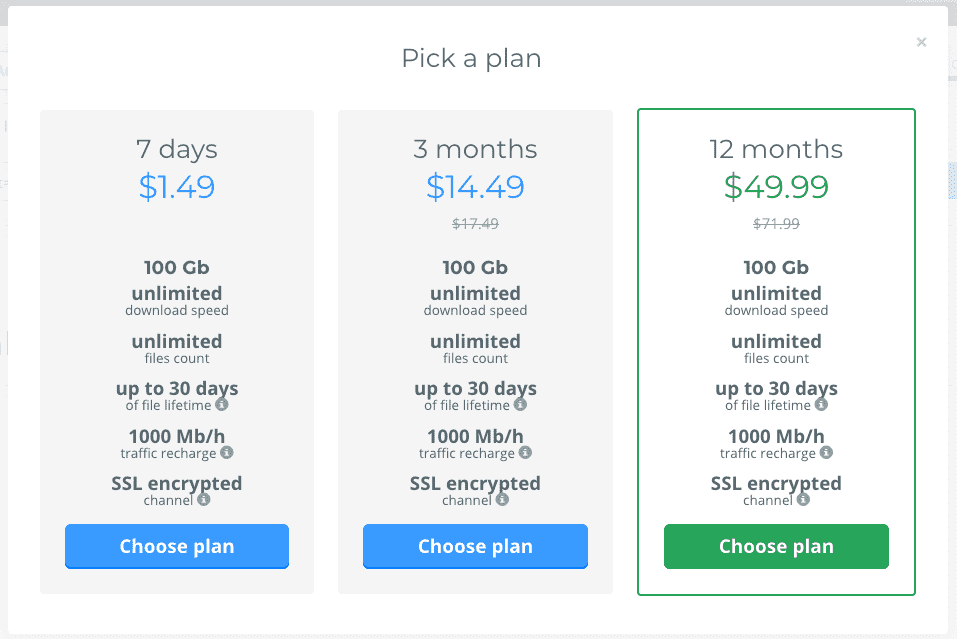 We were testing Boxopus for a week and there were often problems with their server availability. We were not the only ones who noticed this problem, according to Twitter and other social media, it seems to be a recurring problem.